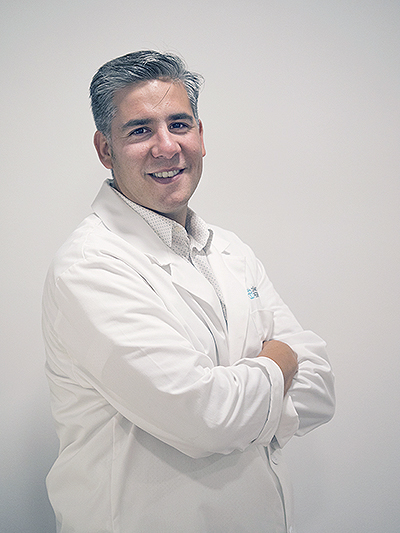 Qualified as a surgeon in 2006 from the National University of Medical Sciences in Cordoba, Argentina.

His qualification was later recognised by the Spanish Ministry of Education.

In 2012 he qualified as a medical thermographer at the Polytechnic University of Madrid.

He achieved the title of ISAK anthropometrist from the University of Murcia’s Physical Education and Sports Medicine School in 2014.

He is currently doctor of the first team at Sabadell Football Club Sports Centre which is in division 2B of the Spanish Football League, in addition to working at Clínica Perramón.

He is also the emergency doctor with the prevention services team at sports and social events for the Red Cross in Mora de Ebro.

He previously worked as a specialist in physical education and sports medicine at Imesport, C-M Teknon in Barcelona, the first team at the Gimnàstic de Tarragona Football Club in division 2A and Sant Andreu Football Club, who are in division 2B.